The fest is a free all ages event at the Edgcumbe Recreation Center. Mac-Grove Fest aims to celebrate the businesses, organizations, artists, and residents that make Saint Paul a great place to live, work, learn, play, and worship!

maria and the coins

Learn about the amazing musical groups who performed at Mac-Grove Fest 2021!

School of Rock is performance-based music education program for all ages, skill levels, and musical aspirations. With students ranging from toddlers to adults, School of Rock is where music students grow into real musicians. The  patented School of Rock Method uses programs that are designed to encourage learning in a supportive environment where students of all skill levels are comfortable and engaged. The best part is, they are located right in Macalester-Groveland on Cleveland Ave!

O ‘Shea Irish Dance is led by director Cormac O’Sé demanding and technical art form of traditional and competitive Irish Step dance where dancers train as artists, musicians, and athletes. Teaching ages three to adult, OID instructors inform the whole dancer to train a healthy body in strength, flexibility, and fitness as well as a healthy mind in confidence, discipline, and performance.

Husband Material Trio is a 3-piece band comprised of Kurt Koefod, percussion; Michael Deppe, piano; and Eugene Monnig, guitar. They play new and old tunes from boogie-woogie through the blues, traveling musically along the Mississippi from New Orleans to Saint Louis to Saint Paul.

Michael Deppe began to play music in earnest after quitting 2nd grade piano lessons. Since then, he has participated in a wide variety of musical experiences, playing piano for fun and bass and guitar in several different groups and styles. He worked as a luthier early on, and made a mid-career switch to teaching third graders, which he does when he is not thinking about composing new songs.

Kurt Koefod’s musical world took shape at the tender age of 9 when he bought his first record–The Supremes “My world is empty without you, babe”–and he fashioned a drum kit out of Folgers’s coffee cans and Lincoln logs to play along. He eventually advanced to oyster-stripe Ludwigs in a nod to Ringo. He went on performing hiatus for several decades until Eugene moved in next door.

Eugene Monnig is the grandson of a Saint Louis piano man who enlivened every house party with stride piano jazz. Eugene went wrong early and took up the guitar, but his native musical language is rhythm and blues. He founded Saint Paul’s Cadenza Music in 1974 and sold the business to a new generation in 2019.

Maria and the Coins

Maria and the Coins bundle big-picture pop ambition into earnest, indie sensibility. The five-some distinguished themselves in the Minneapolis alt-rock scene by fusing singer-songwriter driven pop hooks with the vulnerability and honesty of an indie band.

Frontwoman Maria Coyne’s powerhouse vocals are matched with emotive storytelling often focused on moving forward, choosing to find the light amidst the darkness, and learning to be present in each moment. While the writing features nods to Coyne’s pop, country and musical theatre roots, the music finds its sweet spot behind alternative rock-influenced arrangements. The band has opened for local and touring artists such as Betty Who, Jeremy Messersmith, Delacey, and Reina del Cid.

Kashimana is a mother, musician, vocalist, composer, producer and teaching artist with a rich soulful blues voice that soars through their original compositions. The name Kashimana means ‘that’s their heart’ and you can hear Kashimana’s heart beating in the compelling sound of their music which is an exploration of Soul, R&B, Folk, Afro-funk and more. Kashimana often draws from her Nigerian heritage and experiences growing up in Nigeria and Kenya and living in the United States. Kashimana is a 2021 Jerome Hill Artist Fellow, a 2019 In Common Composer in Residence, a Cedar Commissioned Artist ‘Phantom Cries’ and a Northern Spark Festival Artist in 2018 and 2019 ‘Applause Posse’ and ‘Soundscape of Stories’. Kashimana is also the co-creator of a MN Opera MNiature Opera ‘Don’t Tread on Me’ with Khary Jackson, a contributing artist and composer to The Art of The Revolution Twin Cities Community Album ‘Mama’ and a composer on a Sprig of That trio latest album ‘Eight Threads – The Only One’. Check out Kashimana’s latest single “Oh Yes Flow” on Bandcamp. 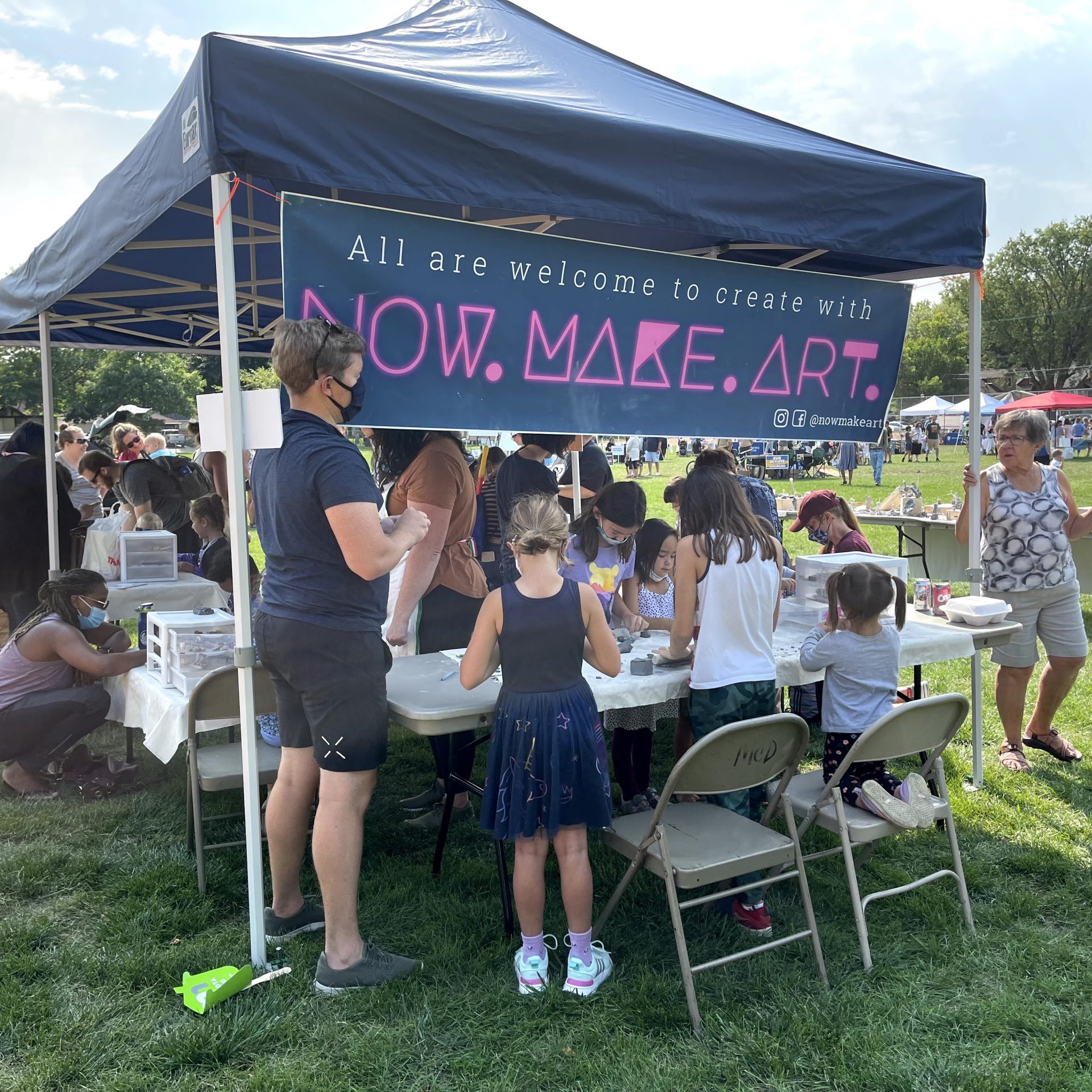 Now.Make.Art creates spaces for people of all ages to have incredible experiences making art together. They specialize in interactive installation art using clay – their current interactive installation art project is called Clay City. The city is filled with sculptures that come from the minds and hands of everyone who participates to make one amazing city at the end of the day. They are currently partnering with St. Paul Parks and Rec so you can find them at various St. Paul parks throughout the summer leading up to Mac-Grove Fest. Visit their  instagram to find out more!﻿ 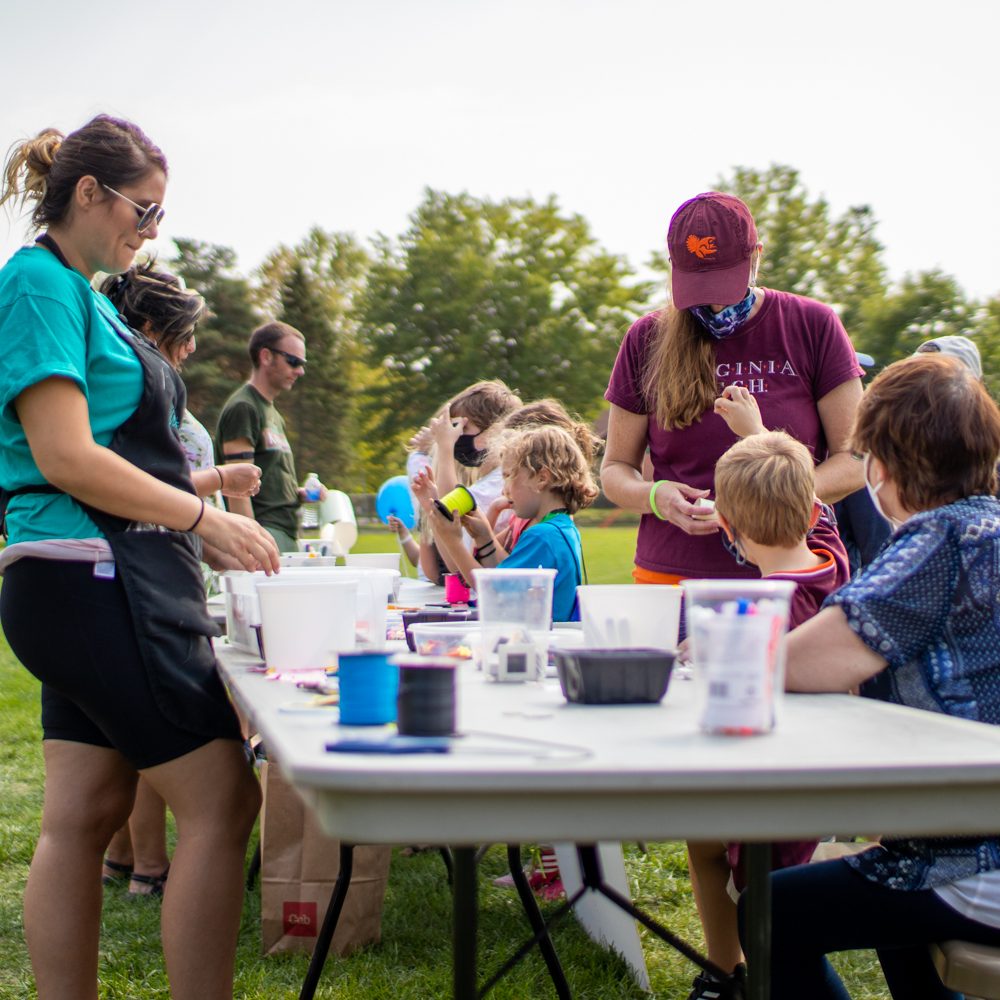 Art Start’s mission is to inspire artistic creativity and illuminate the connections among people, ideas and the environment through engaging artists, children, families, and communities in quality arts education experiences.﻿ lkjlfkja;lfkjl;adsfjk 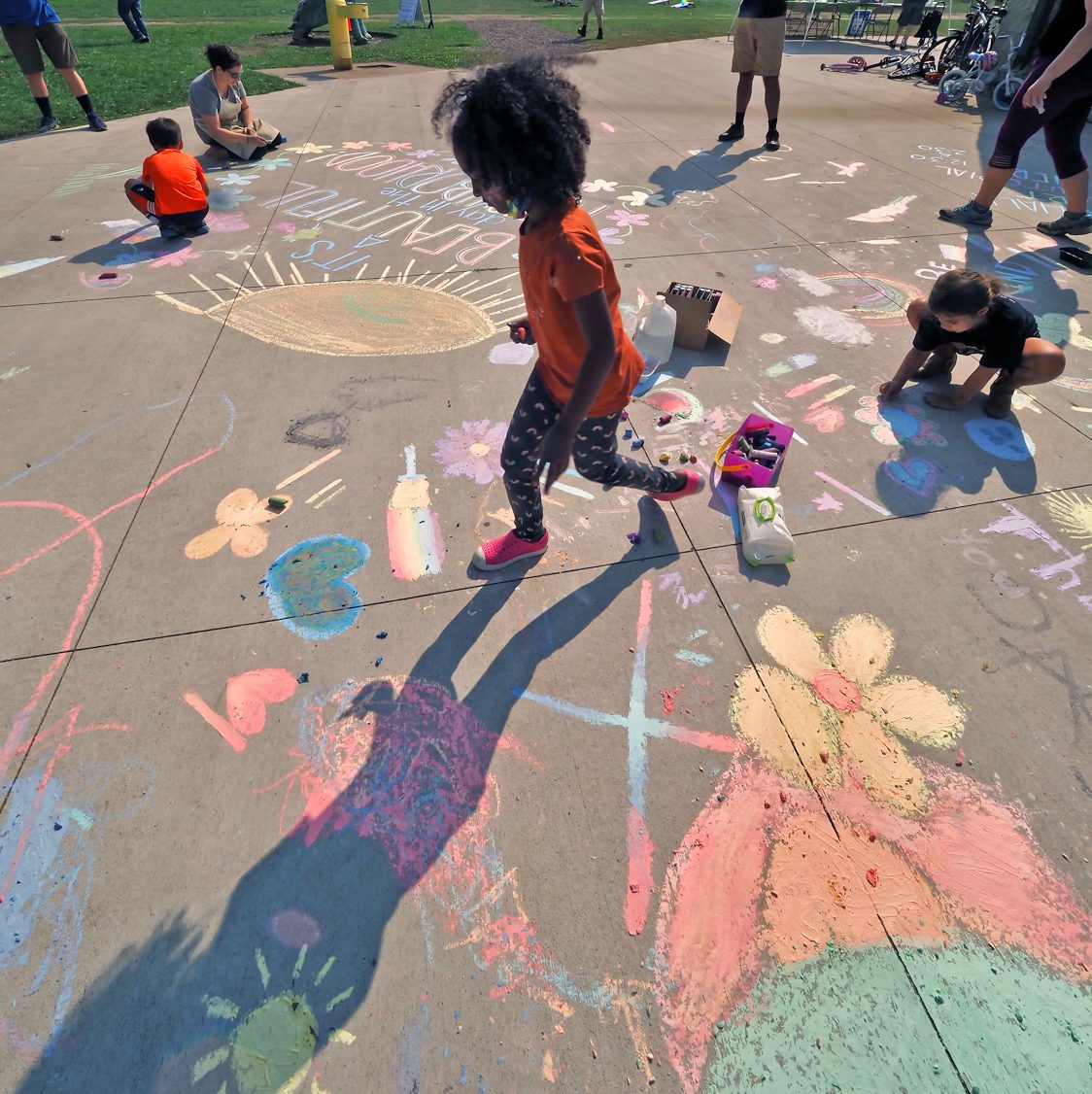 See Carrie Color is a chalk artist who creates beautiful, colorful sidewalk chalk art! Her art spreads peace, love, and positivity to those who go past them. She will have interactive chalk art all around Mac-Grove Fest that will allow community members to spread positive messages to one another while utilizing their creativity.

“The world is but a canvas to our imagination” – Henry David Thoreau adslfjasldfj aldfjalsdkfals;dkfjlasdjfalsdjflskjfalkdjfl

A big thank you to all of our sponsors – Mac-Grove Fest wouldn’t be possible without you! 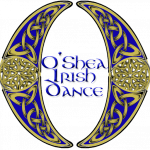 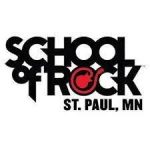 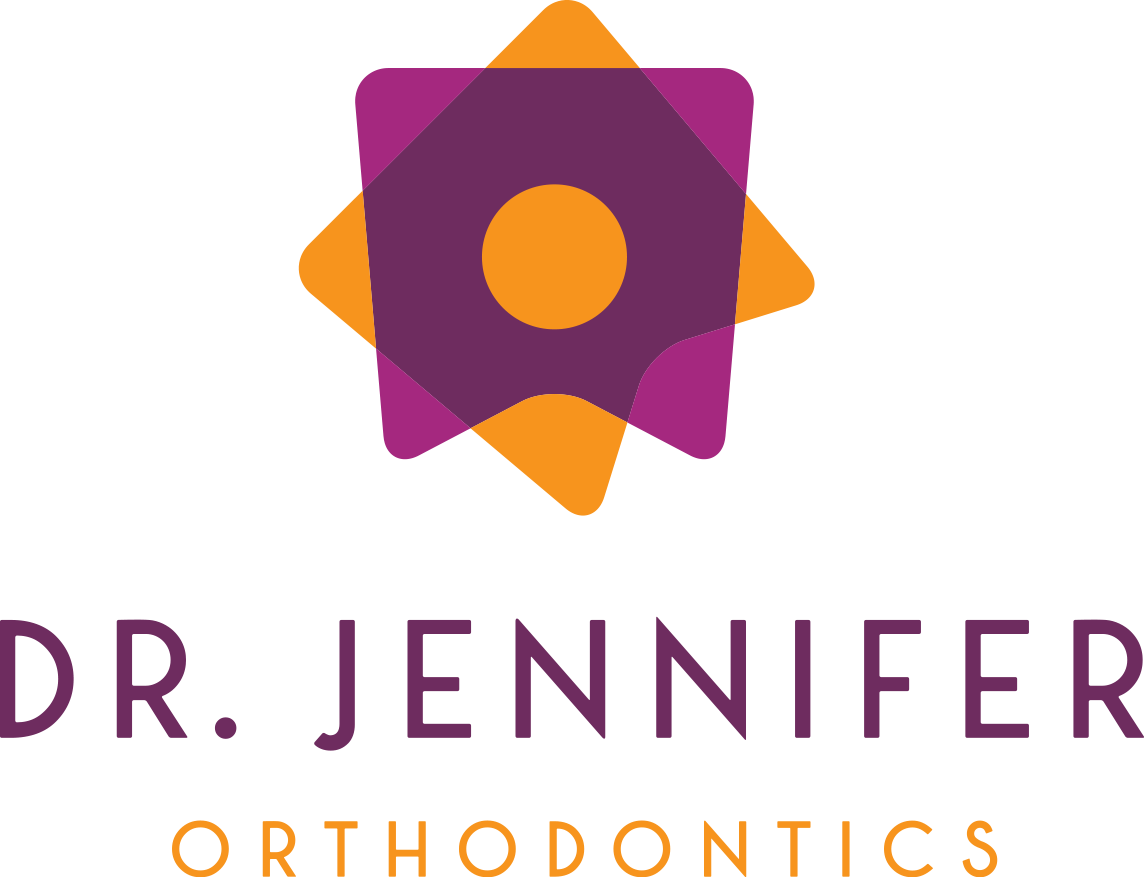 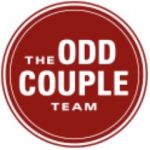 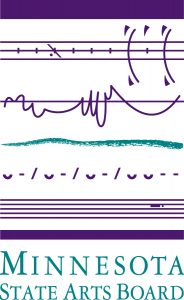 This activity is made possible by the voters of Minnesota through a grant from the Minnesota State Board Arts Board, thanks to a legislative appropriation from the arts and cultural heritage fund. 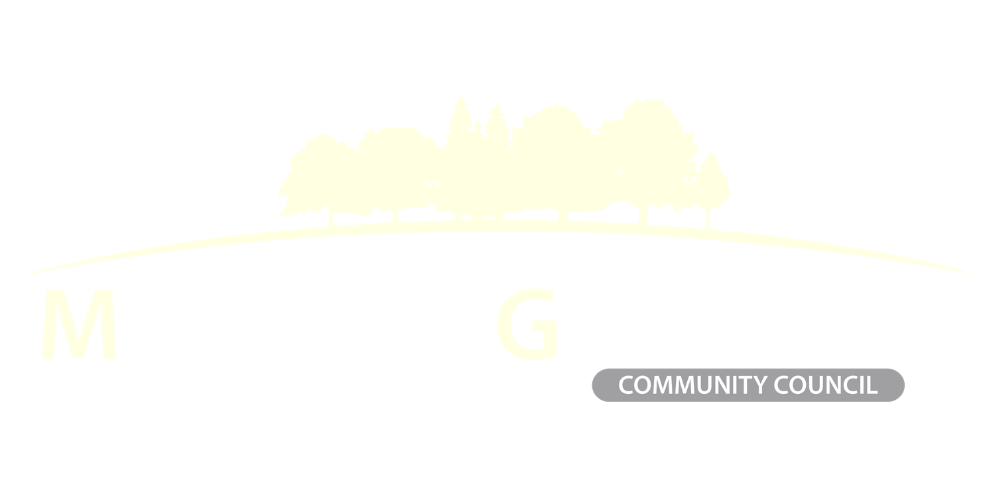